A lot of time, research, and development go into any effective camouflage pattern.  Matthew Dermody approaches field testing in both random and specific locations to test SUBSTRATE patterns.  All photos are taken using mobile phones at various distances, usually under 20 meters.  The resulting photos are unfiltered and free from digital manipulation.  Anything stationary beyond that distance is often overlooked by the casual observer.  More scrutiny is obviously taken when testing the patterns with moving people utilizing tactical movement.  A combination of still-movement-still video capture does better to show pattern effectiveness.

Received a sublimation dyed T-shirt printed in the SUBSTRATE Sierra pattern that ended up being greener than my original artwork and colorways.  The first photo attempts to show the pattern on paper next to the T-shirt.  While this isn't production-ready due to the color inconsistency, the resulting green overtones didn't render the pattern completely useless, either.  Wadding the shirt and throwing it into random areas in the bush, most no more than 2 meters off the footpath.  (It's the start of snake season, here.)  The only adjustments made were to reposition the shirt if it was revealing it's interior color, creating a highly noticeable whitish tone.  All photos were taken with an iPhone 5 with no filters and a distance of 18 meters or less.  The closest photos were just under 2 meters.

Developing mock-ups helps people visualize how the patterns will look and function in a particular environment during the prototype and development phases of pattern design. 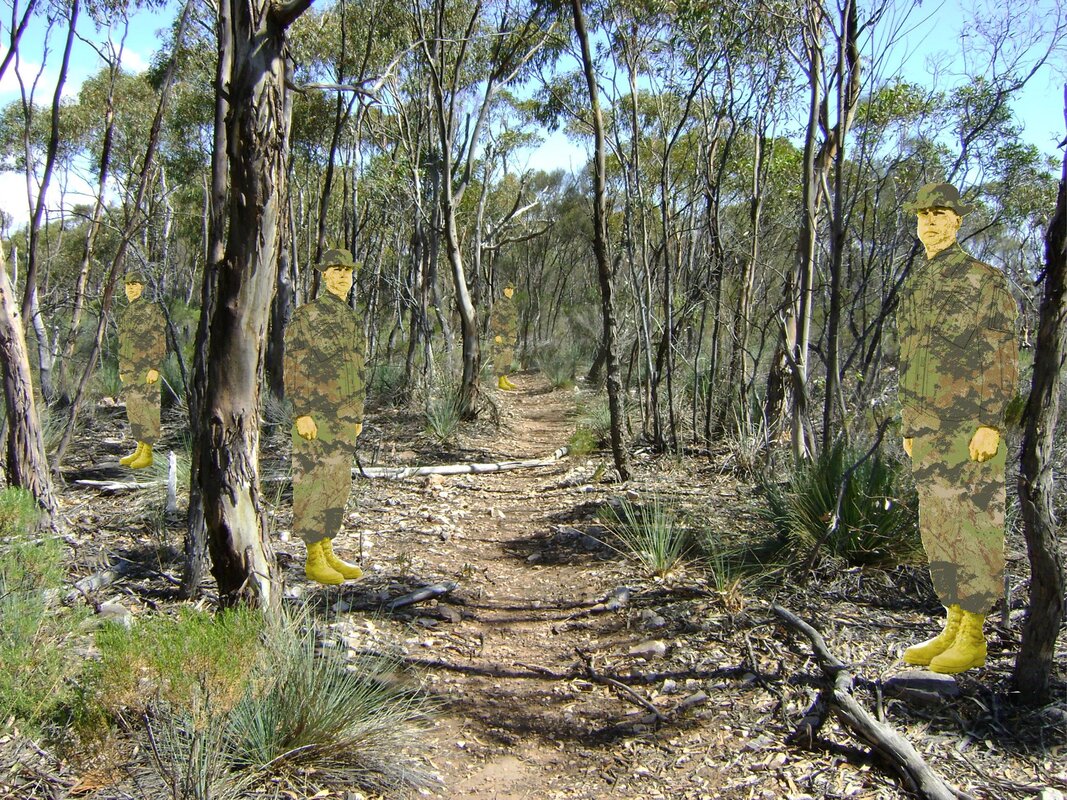